Since 1991, SBM has specialized in the design, manufacturing and marketing of bone repair systems for use in orthopedic surgery, traumatology and neurosurgery.

S.B.M. is an independent company, founded by Denis CLEMENT, PhD in Biomaterials. Based in Lourdes (Hautes-Pyrénées, France).

At the heart of innovation 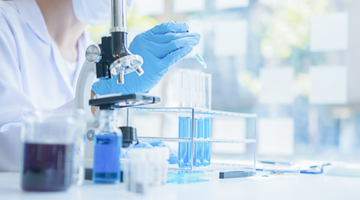 SBM was not only the first company to introduce Tricalcium Phosphate to perform bone grafts in Europe, but was also the inventor of the first implants for valgus-producing open-wedge tibial osteotomies in 1996.

Today S.B.M. continues to stand out for its unique know-how in the manufacture of biocomposite implants such as Duosorb, allowing the creation of absorbable implants with mechanical resistance, elasticity, and osteoconduction.

An approach of proven quality

Having grown on markets with particularly strict regulations, SBM has developed a demanding ISO 13485 (2016) et ISO 14001 (2015) certified quality management approach, which ensures safety all the way from design to implementation.

Furthermore, SBM was the first European company to be certified for CE marking for its range of synthetic bone augmentation implants (pure Tricalcium Phosphate - Biosorb) in Europe in 1993, and obtained approval from the U.S. FDA (Food and Drug Administration) in 2003. 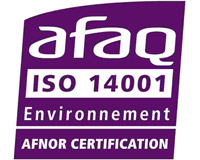 Driven by a deep desire to commit to the preservation of the Planet, SBM has redesigned its management system to better respect the environment.

With the aim of reducing its environmental impact, SBM has implemented an action plan for continuous improvement. Our topmost objective is to reduce our carbon dioxide emissions by 30% by 2030 (according to the Paris Agreement adopted at COP21) in order to effectively contribute to the fight against global warming.

In 2017, SBM obtained ISO 14001 (2015) certification, an official recognition of our efforts and implication. This certification guarantees the implementation, at all levels of the company, of an internationally recognized environmental approach.